Rarely does a Maine summer day start out with such bad weather as it did on Saturday, July 18, 2015. Unfortunately, for Maine Audubon’s dedicated corps of loon counters, this was also the morning of the 32nd annual loon count. Counters reported every form of rain imaginable, from hard and steady to showers and mists, along with fog, wind, and even a little bit of thunder. A very few counters enjoyed a glimpse of sun, but for the most part the dismal conditions ranged across the state from north to south and east to west. More than 850 hearty souls braved the soggy conditions to search their lake, or their piece of lake, to find and report back the number of adults and chicks they saw.

The 2015 loon count estimate for the southern half of the state, extrapolated from a sample of the 290 lakes included in the count, is 2,818 adults and 218 chicks. For adults, this represents a drop of just over 10% from 2014, and a drop of 15% from the all-time high count of 3,220 in 2010. While the estimate for chicks dropped by an even steeper bit (30%), that’s really not unusual. Chick numbers typically vacillate fairly widely from year to year, with some of the bigger drops and gains being on the order of 60-75% from year to year.

What does this mean for loon conservation in Maine? For sure, the bad weather had an impact on loon detectability. Rain, waves and chop make spotting loons more difficult, and loons may have hunkered down in sheltered wetlands or other hard-to-see locations to wait out the rain. Because the loon count is held rain or shine, we occasionally run into these kinds of count days, and in general we look at the long term trend as opposed to any specific year to year change. Loons continue to do well in Maine despite the many challenges they face on our waters, from lead sinkers, speeding boats, high waves, predators, and disease. We continue to expand our loon count, asking counters to record not just number of loons but also how many were in groups, pairs or alone to try to get an idea of breeding (isolated individuals or pairs) vs. non-breeders (who tend to hang out in larger groups).

And one note for those of you wondering if all that cold driving rain harms loons, the answer is both yes and no. Physically, loons are fine. They are adapted to both cold air and cold water, with their feathers providing excellent warmth and waterproofing. Young chicks can ride on their parents backs to stay warm and dry. The downside of too much rain is flooding. If loons are still sitting on their nests, those big rainstorms can dramatically change lake levels, which in turn wash eggs right out of lakeside nests.

Many loons will renest if this happens early in the season, but if it happens too many times or high water levels eliminate too much nesting habitat, loons will give up on nesting altogether. 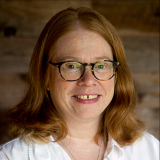